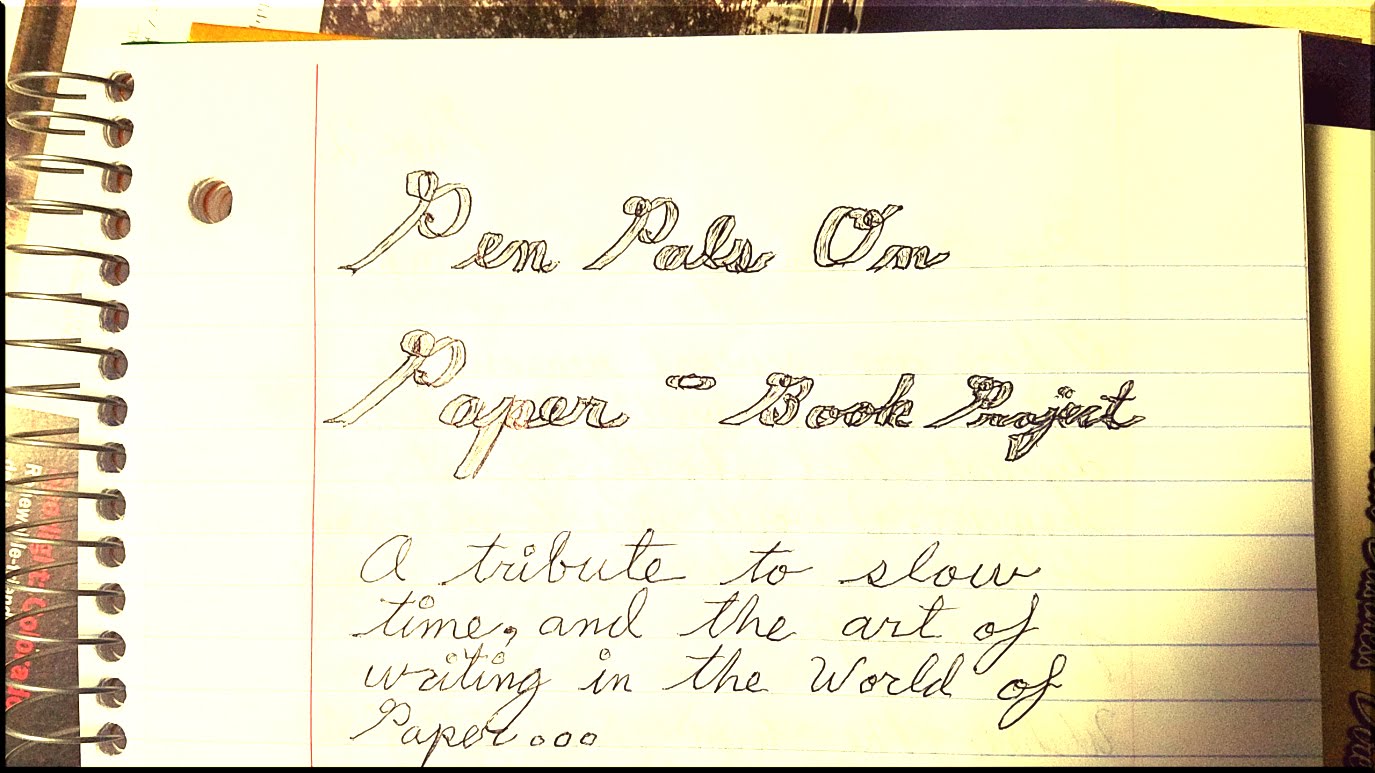 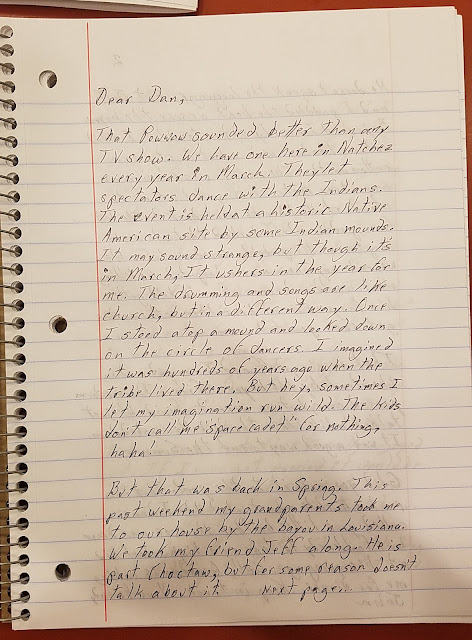 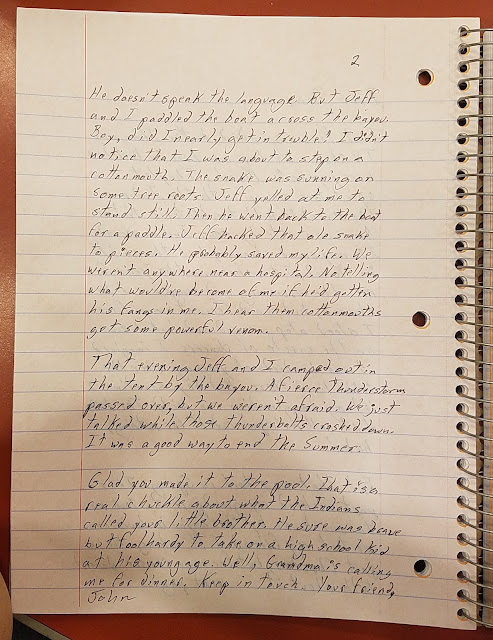 That Powwow sounded better than any TV show. We have one here in Natchez every year in March. They let the spectators dance with the Indians. The event is held at a historic Native American site by some Indian mounds. It may sound strange but though it’s in March it ushers in the year for me. The drumming and songs are like church but in a different way. Once I stood atop a mound and looked down on the circle of dancers. I imagined it was hundreds of years ago when the tribe lived there. But hey sometimes I let my imagination run wild. The kids don't call me space cadet for nothing. Ha ha!

But that was back in spring. This past weekend my grandparents took me to our house by the bayou in Louisiana. We took my friend Jeff along. He is part Choctaw but for some reason doesn’t talk about it. He doesn't speak the language. But Jeff and I paddled the boat across the bayou. Boy did I nearly get in trouble. I didn’t notice that I was about to step on a cottonmouth. That snake was sunning on some tree roots. Jeff yelled at me to stand still. Then he went back to the boat for a paddle. Jeff hacked that ole snake to pieces. He probably saved my life. We weren’t anywhere near a hospital. No telling what would have become of me if he'd gotten his fangs in me. I hear them cottonmouths got some powerful venom.

That evening Jeff and I camped out in the tent by the bayou. A fierce thunderstorm passed over but we weren’t afraid. We just talked while those thunderbolts crashed down. It was a great way to end the summer.

Glad you made it to the pool. That is a real chuckle about what the Indians called your little brother he sure was brave but foolhardy to take on a high school kid at his young age. Well grandma is calling me for dinner. Keep in touch.

Letter 03 that John is replying to Link
Posted by AquarianM at 10:06 PM 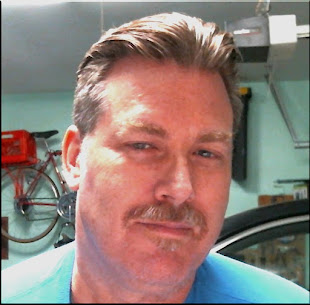 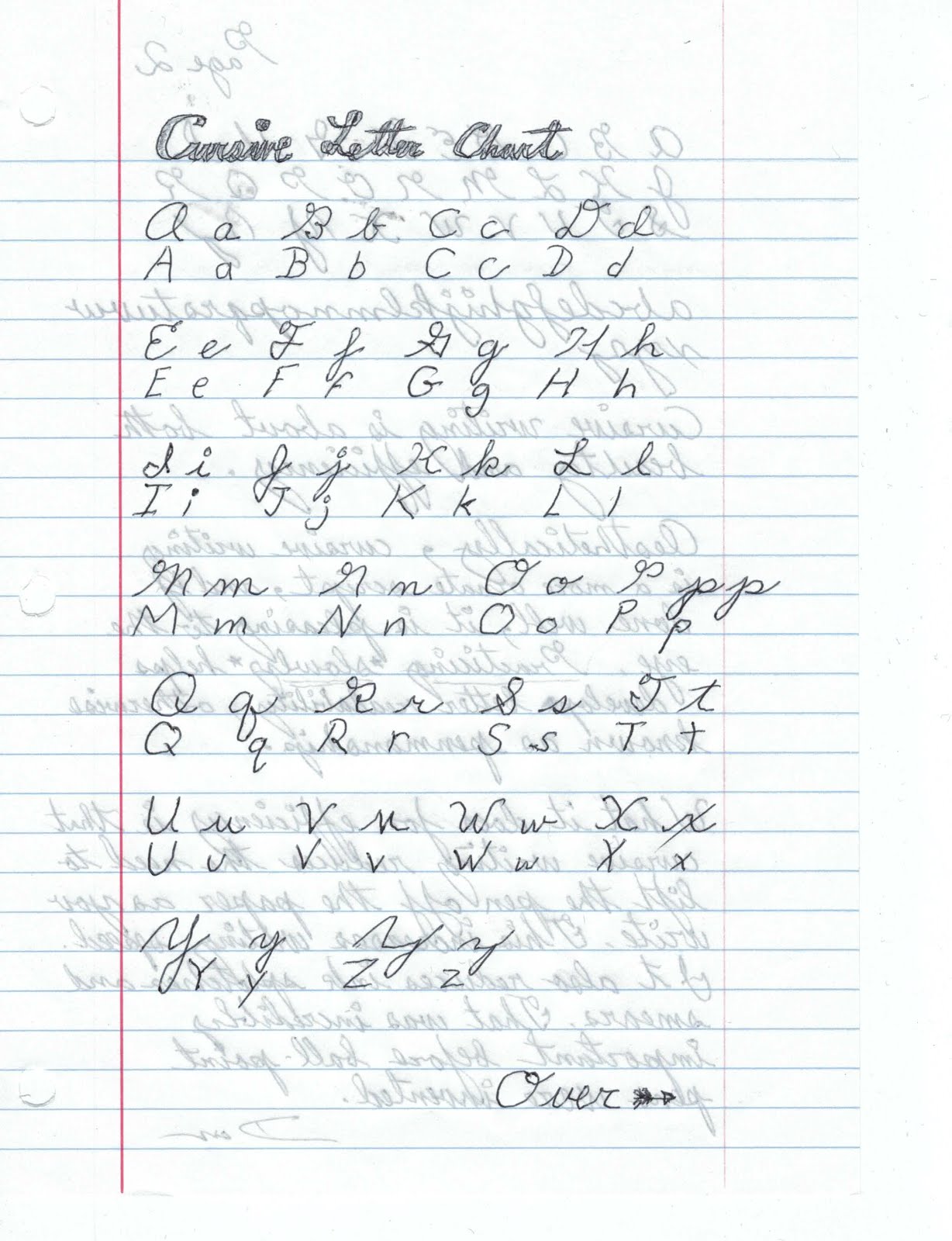